Our own story is a small part of the world’s management story, too

I’ve learned, in my life and career, how our own quality of life—and the world’s quality of life—is influenced by our ability and willingness to learn how to lead and manage.

Out personal leadership and management puts us in concert and/or conflict with others in a crowded environment of increasing complexity, uncertainty and difficulty. We become involved with leading and managing in cultures that require not only competing but harmonizing in a paradox of independence, dependence and interdependence.

We all have our own unique story, too. For most of us our impact will be tiny and virtually unnoticed but it’s still there, nonetheless. We have a combination-integration story, too. It includes the what, when, where, why and how we relate to people and the world, personally and professionally, and what the results and outcomes of those thoughts, words, and deeds are.

My story includes twenty-seven years in chamber of commerce management, with fourteen years as a CEO. People tend to think of chambers of commerce as tourist bureaus or member networking associations. That’s partly true. Chambers also have deeper and broader goals. They are a local or regional business community involved in Total Community Development, creating good jobs, building a stronger economy, and participating in making a better community.

When I became CEO of a regional chamber of commerce in Lawrence, Massachusetts, it was an organization losing money in a community that lost tens of thousands of jobs as manufacturing left the area in search of cheaper labor, regulations, taxes and other costs after World War II. For decades, nobody had been able to revitalize manufacturing and create good jobs.

Early that year, 1979, the City had a new Mayor. The City and the Chamber both wanted to do something that would work. Some new and collaborative ventures started: 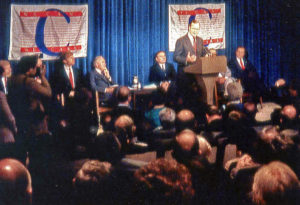 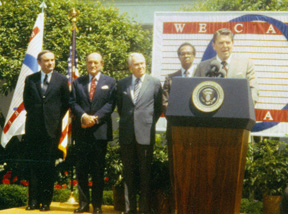 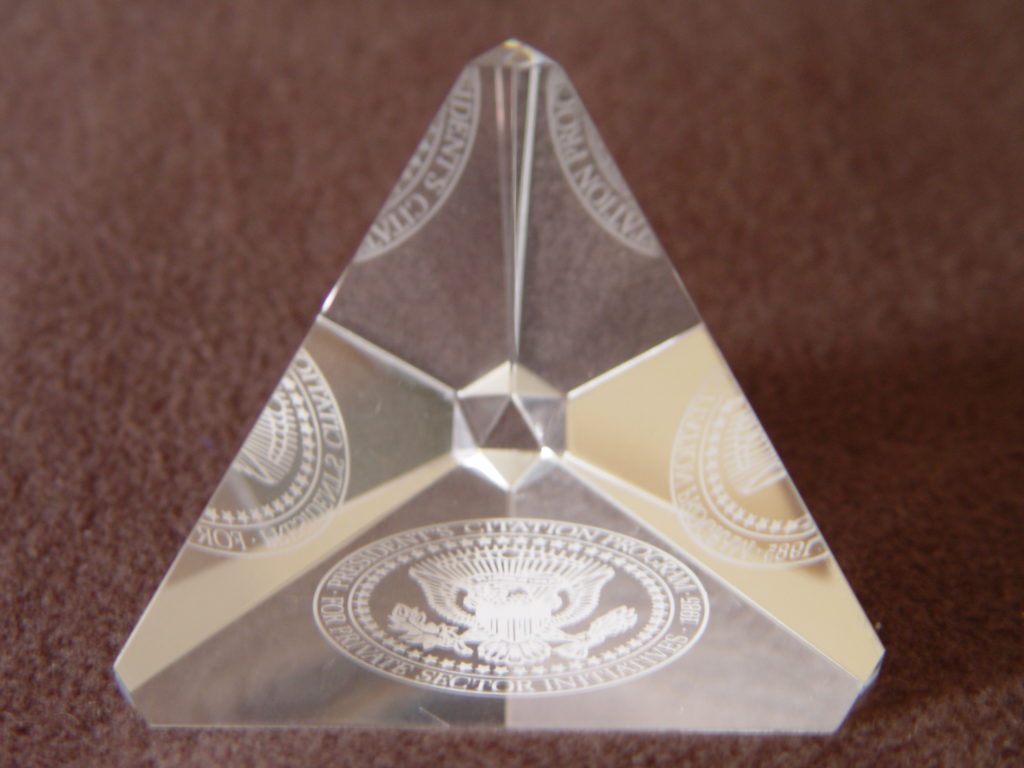 We sought an outside review of our organization and were one of the ten-percent of chambers of commerce in the nation to be accredited. We managed a federally-funded Retired Senior Volunteer Program (R.S.V.P.) that provided 325 volunteers who annually donated over 60,000 hours of service to area nonprofit organizations, and we even managed parking some parking lots in the inner-city.

During my time with the Chamber, I served for a time as chair of the quasi-public Private Industry Council for employment and training northeast Massachusetts; was appointed to the Governor’s task force on youth violence and the Massachusetts Business-Education Collaboration Committee; was elected president of both the Massachusetts and New England Association of Chamber of Commerce Executives.

I also completed the Academy of Organization Management with the University of Notre Dame and U.S. Chamber of Commerce (with a research project on Total Quality Management), and was named to Staten Island Community College’s Hall of Fame, and listed in Who’s Who in America and Who’s Who in the World.

I served in the U.S. Coast Guard, and was Director of Community Affairs for the Staten Island Chamber of Commerce for twelve years and executive director of the Yonkers NY chamber of commerce for a year.

A second career—learning and teaching a holistic, systems-based form of management—emerged as a result of our work with Dr. Deming and GOAL (started by Mayor LeFebre in Lawrence, Massachusetts). I left the Chamber in 1992 and went to work with GOAL (now GOAL/QPC, with the QPC standing for Quality, Productivity and Competitiveness) for about fourteen years, where former Mayor LeFebre was now working full-time.

GOAL/QPC had grown to develop an international reputation for teaching others the principles, processes and tools for a systems-based, participative, quality-and-customer-focused, leadership and management.

While at GOAL, I became founding editor of the Journal of Innovative Management. In that role, I provided information for organization leaders to see what innovative organizational managers were doing to improve their management education, product quality and profitability, along with their customer and employee participation and satisfaction.

Recently, I became involved as a volunteer in the Town of North Andover, having been appointed by the Board of Selectmen to the Council on Aging, where I’m now serving a term as Chairman.