We all lead and manage, starting with our own life and then broadening to life in society.

Adding Quality to the Quantity Obsession 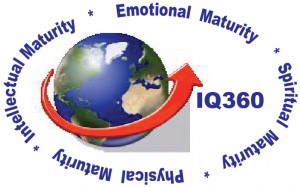 It could be helpful to think about the challenges of helping human consciousness and behavior to continuously become more mature.  This is necessary in terms of leading and managing our lives on earth among four strong and shifting currents that can pull and push us in different directions. A more fully-human consciousness would include intellectual, physical, emotional, and spiritual maturity.

Just 100-years ago the world’s population, after tens of thousands of years of growth and development, reached two-billion. Now, just 100-years later, the quantity of people has more than tripled, reaching some 7.5 billion. There are times and places where humanity has created great beauty and life-enhancing ways of life; humanity has also created great horror and evil. There are times of mature leadership and management, and there are also times when grown-ups behave in ways that look a lot like the nasty and destructive children in the novel Lord of the Flies.

Besides the obvious crowding, pollution and poverty that we all can see, the technological innovations and newly invented globalized economic/monetary system that we’ve created has many of us going faster and faster and falling behind! But where is it—and we—going? What are we creating? What qualities of life (and not just quantities) are we creating? Are we all being kept so busy “doing” and  “keeping up” that we have no time or interest in attending to well-being and properly harmonizing both quantity and quality needs?

Clearly, to be capable of civil and equitable behavior requires people to develop a more holistic maturity. To live into our more fully-human possibilities, to become deeper as well as more expansive, requires a holistic sense of IQ rather than the limited, head-based, Intelligence Quotient metric we learned in school. We can do this by consciously attending to the development of a mature intelligence in four strong currents of life: intellectual, emotional, spiritual, and physical. It’s what I would call IQ-360º.