A Tale of Two Statues

I have come to see
Liberty Enlightening
the World, and Wisdom

Supporting Freedom,
as two important statues
for life on the earth.

Both, from French artists,
inspire democracy
as a way of life

in a world where some
prefer to enslave others
for their own comfort.

Civilization
gets created from works, not
by mother nature,

but by the nurture
of humanity, people
powering over

or empowering
each other to live and work
then hoard or share gain.

One in New York Harbor—
The Statue of Liberty—
is viewed by many. 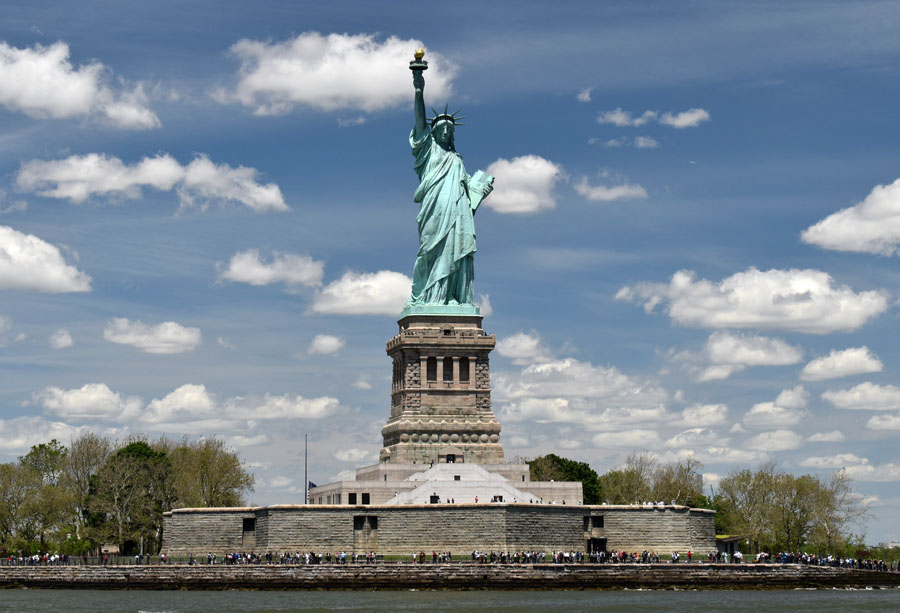 One in Washington—
Wisdom Supporting Freedom—
at Smithsonian. 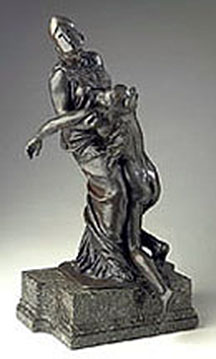 These two works of art
remind us of liberty,
wisdom and freedom.

Freedom has beauty
as does love, needing care, not
taken for granted.

Wisdom is mature,
strong; embracing, supporting
the life of freedom.

Liberty allows
us a choice of politics,
a democracy.

to support Freedom;
works of cooperation
to enable good.

In New York Harbor
Liberty stands prominent
to inspire all.

These reminders are
more than tourist attractions
and pretty statues.

Art—Still, yet Moving—
portrays a human struggle—
To Be—Wise and Free;

loving all to build
caring civilizations
of loving kindness

no matter how small
or feeble; trusting, hoping
that good will evolve.

Choice in leadership
in human societies
tends toward the strong male.

Power of the male
has tended toward physical
domination force.

wise use of power.
Goals of domination, though,
in a globalized

economy are
not wise. Democracy dies
from that way of life.

and spiritual—
are needed in leadership
for democracy.

This builds masculine
and feminine harmony
and social wellness.

These statues reveal
liberty, freedom, wisdom
to be feminine.

They were created
by men calling attention
to what is missing

I think the popular Franciscan Priest and author, Richard Rohr, has an interesting observation about how people can hold two different views of the same behavior: (1) it’s bad and condemned when an individual does it, (2) it’s good and ignored (even supported) when it’s government or corporate (public, private, or not-for-profit sector) behavior.

How Can Everything Be Sacred?

The three monotheistic religions (Judaism, Christianity, Islam) teach that one Creator formed all things. There is thus a radical unity at the heart of the universe’s pluriformity, resolving any conflict between diversity and the shared “divine DNA” found in creation. This theo-logic allows us to see “the hidden wholeness” in all things and to confidently assert that “everything belongs.” The distinction between natural and supernatural, sacred and profane, exists only as a mental construct.

You may be asking, as so many have over the years, “Richard, how can you make such naïve blanket statements like ‘Everything is sacred. Everything belongs?’ What about Hitler, nuclear bombings, ISIS, Westboro Baptists, and the United States’ epidemic of mass shooters?” I agree that we can and should name evil as evil. But unless we first name the underlying goodness and coherence of reality, along with our own imperfection, we will attack evil with methods and self-righteousness that will only deepen the problem. This is Nonviolence 101. It wasn’t until the twentieth century that the importance of nonviolence became widely acknowledged.

Further, Christianity has far too easily called individual private behaviors sins while usually ignoring or even supporting structural and systemic evils such as war, colonization, corporate greed, slavery, and abuse of the Earth. All of the seven capital sins were admired at the corporate level and shamed at the individual level. [1] This left us utterly split in our morality, dealing with symptoms instead of causes, shaming people while glorifying systems that were themselves selfish, greedy, lustful, ambitious, lazy, prideful, and deceitful. We can’t have it both ways. Evil lurks powerfully in the shadows, in our unconscious complicity with systems that serve us at others’ expense. It has created worldviews of entitlement and privilege that were largely unrecognized until rather recently.

Only contemplative, nondual consciousness is capable of seeing things like this without also being negative or self-righteous. Once you can clear away the web of illusion you will be able to see that every created thing is still made in the image of God; every being has the divine DNA or essence. There is no profane place, person, or creature. We can even find the sacred in seemingly secular human endeavors like sex, food, work, economics, and politics, as we’ll see later this year.

[1] See Richard Rohr, Spiral of Violence: The World, the Flesh, and the Devil (Center for Action and Contemplation: 2005), CD, MP3 download.

From the Center for Action and Contemplation